Melyssa Griffin, 28, started her career as an English teacher at several schools in Japan, not long after getting her B.A. from the University of California at Irvine. She soon realized that though the work was rewarding, it wasn’t her true calling. By 2014, she decided to try another direction and opened her own graphic design shop, tapping into talents she’d developed while creating her own blogs over the years.

Little did Griffin know that The Nectar Collective, a blog that she launched to attract her ideal graphic design clients, would help her grow her business to $2.8 million in annual revenue by 2017. Nor did she realize that her experience in creating her own classroom curriculum in Japan would come in handy, helping her, in August 2015, to launch a popular online course called Pinfinite Growth, where she shared what she’d learned about Pinterest marketing and catapulted her business well beyond the revenue-level of a typical professional services firm.

Her approach was streamlined and straightforward, though executing it took time and effort: “What you want to do—and I ended up doing—was providing informational content that solves problems for people,” she says. 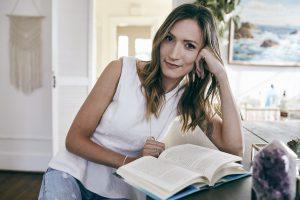 Despite the rarity of these firms, their numbers are growing, and every owner of a one-person business can pick up valuable strategies from them. Here’s what allowed Griffin to go from running a traditional professional services firm—with the built-in limitations that come from trading one’s time for money—to one that has already brought exponential growth.

Here’s what worked for her:

Start with creating valuable content. To get her graphic design studio of the ground, Griffin realized she needed to make people aware she was in business. To that end, Griffin created her blog in February 2013, focusing on creativity and personal development. She wrote posts on practical topics like blog design that would be helpful to the types of clients who might need her services in the future.

Rather than promising no-fail solutions, Griffin freely admitted that everything she was recommending was subjective and based on her personal experience and urged readers to commit to hard work like posting to their blogs regularly.

In one post, “How I Grew My Blog,” she admitted, “I work on my blog constantly, and did so even when I had 80 followers and zero profit. I think one of the hardest truths about growing your blog is that it takes a LOT of time and energy. My blog grew relatively quickly, but for the amount of work I put into it….I doubt anyone would say I just ‘got lucky.’”

Readers responded to her candor and often posted dozens of comments on each post, enabling her to build a spirit of community on her site.

Invest in yourself. To attract traffic to her blog, Griffin set to work learning search engine optimization on Google and Pinterest. She often took free and inexpensive online courses to add to her knowledge. (In the Income Reports on her site, where she traces the growth of her business from a fledgling graphic design shop bringing $9,374.39 per month to the present, she outlines other courses she took and other investments in learning, such as subscriptions that would build her knowledge.)

Griffin has maintained this commitment to ongoing learning as she has grown the business. I met her because she was a student in a Mastermind Group for women influencers taught by Selena Soo, a publicist whom I’ve also profiled for Forbes.

Create a steady presence. Establishing her online presence by regularly “pinning” content that her audience would like on Pinterest helped Griffin raise her visibility and, along the way, to attract a weekly newsletter subscriber base of about 8,000.

Though her blog took time to pick up traction, her discipline and steady commitment helped her grow monthly page views for her site to 400,000 to 500,000 and attract clients to the graphic design firm. “There were people who would read my blog every day,” she says.

Griffin was consistently able to earn more than $1,000 a month from the site (and sometimes far more) through affiliate commissions and ads, which generally came from businesses that were fans of her blog. In affiliate marketing, bloggers earn a commission by promoting someone else’s products.

Build on what you’re already doing. Eventually, Griffin realized that many of her readers would benefit from additional in-depth information on how to market on Pinterest and started writing down her thoughts. “I love strategizing and coming up with new ideas,” she says. When she did some preliminary digging online and couldn’t find any similar courses, she decided to move forward.

As a former teacher, Griffin tapped her past experience to design the curriculum for her course. She had already developed a curriculum for the girls at a junior and senior high school where she taught in Japan. Based on that experience and what she’d learned running her blog, she realized that while it was great to provide some inspiration, the course would only have lasting value if it was focused on informational and actionable content. She kept the length of the program to four-to-five hours to complete, ensuring it was thorough but still manageable, and hosted it on Teachable, a popular platform.

Market to people who already like what you’re doing. Griffin pre-sold her course, using her newsletter and Facebook ads to do outreach. The ads would direct people to a free class she did on Pinterest marketing, where, at the end, she would mention her paid class for those who wanted to learn more. (There were many moving parts to this so if you want the full details, you can find them in her blog Exactly How I Launched and Marketed My E-Course).

After researching the prices for other courses, Griffin ultimately opted to set it at $397, which would keep it accessible to her followers; post-launch, she introduced a plan offering installment payments to those who couldn’t come up with the $397 all at once.

Griffin was thrilled when, the first month, she brought in $24,000 from Pinfinite Growth. Today, the course brings in about $80,000 a month, she says.

Stay focused. Like many entrepreneurs, Griffin has more idea percolating than time to act on all of them. To make sure she completed her course and stayed focused on what really mattered to her, she worked with a coach and also did journaling and meditation.

“I have gone into the pit of forgetting my ‘Why’ and why I’m doing what I’m doing and going down a route that wasn’t serving me personally,” she says. “I remind myself of my ‘Why’ constantly.”

To maintain her focus on the big picture, Griffin hired her first employee, who does customer service and tech support, in October 2016—a month when she hit $893,000 in cumulative revenue for the year. She broke $1 million the following month.

Griffin has since hired a director of operations and project manager. That has enabled her to offer three courses and grow her business to $2.8 million. The newer courses cover how to build an email list and how to turn a blog into a business. She has also launched a podcast, introduced a coaching program and begun working toward creating a live event.

To find the talent she needed to realize her vision, Griffin took a creative approach. Her first employee was a friend from college. The two newest hires were individuals who subscribed to her email list. “They were people who had purchased my courses in the past and were interested in what we’re doing,” she says.

Although it took a while for Griffin to get used to focusing more on a product-driven business than completing graphic design projects for clients, she has no regrets about branching out from the traditional professional services business model.

“I don’t think I could have ever gotten to seven figures if I was doing graphic design,” she says. “I would need so many people under me.”

Creating an online course, she says, was a complete game changer, allowing her to bring scalability to her business.

“It sounds really simple,” she says, “but a lot of people just don’t do it. It really is about commitment.”

Elaine Pofeldt is author of The Million-Dollar, One Person Business(Random House, January 2, 2018), a book looking at how to break $1M in revenue in a business staffed only by the owners.

14 Ways I Completely Changed My Life And So Can You

Five things I have learned after solving 500 Leetcode questions